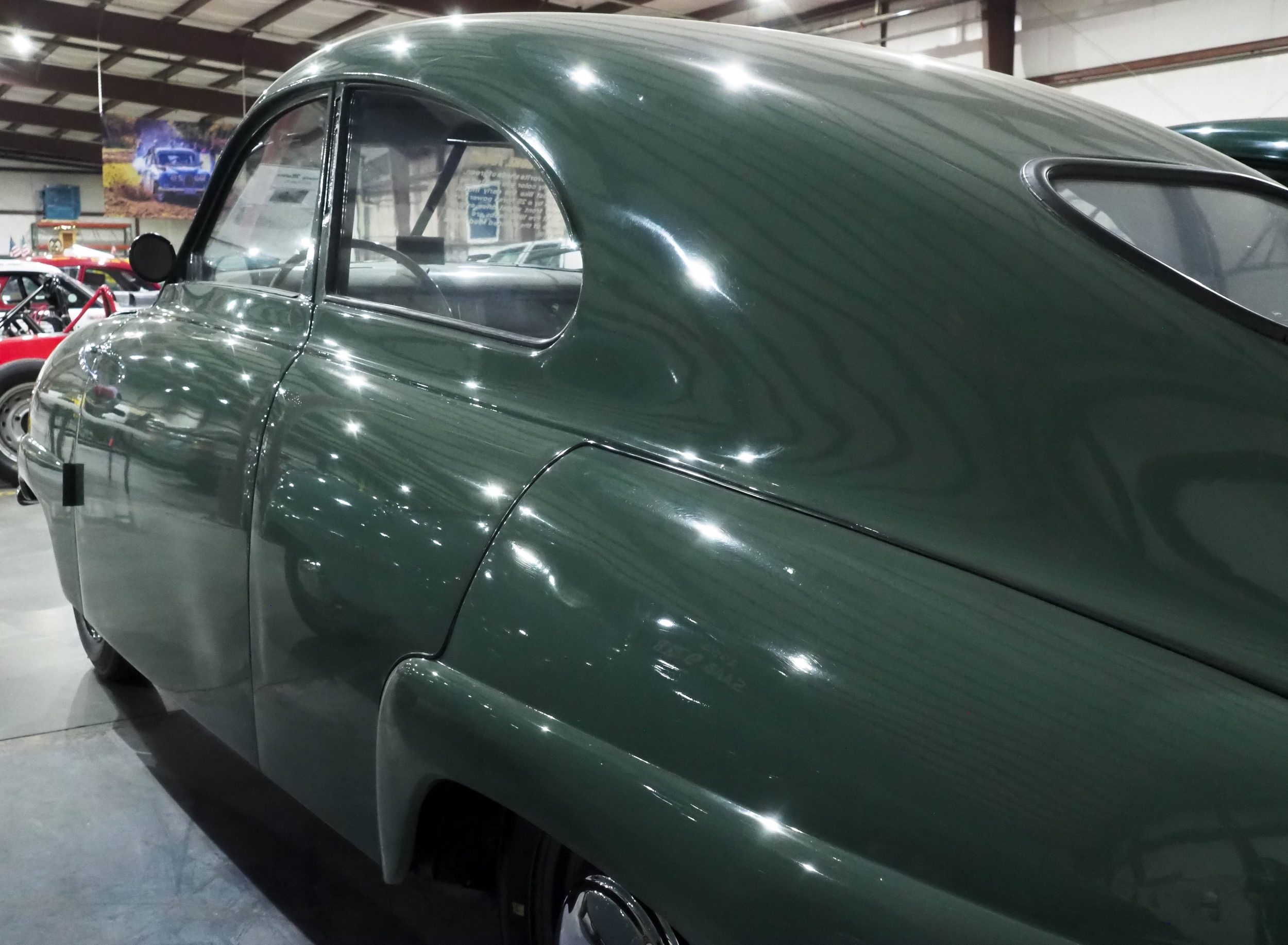 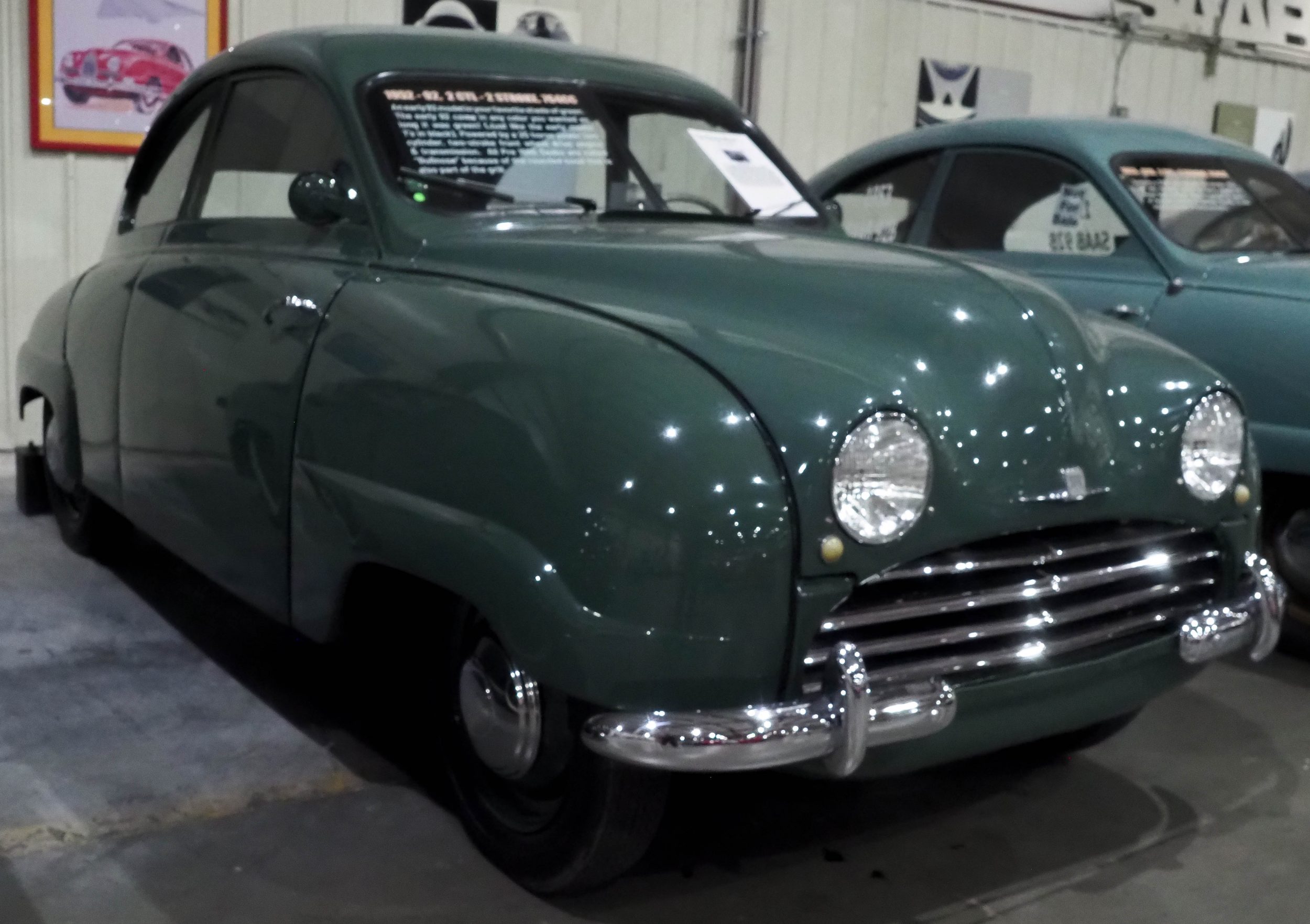 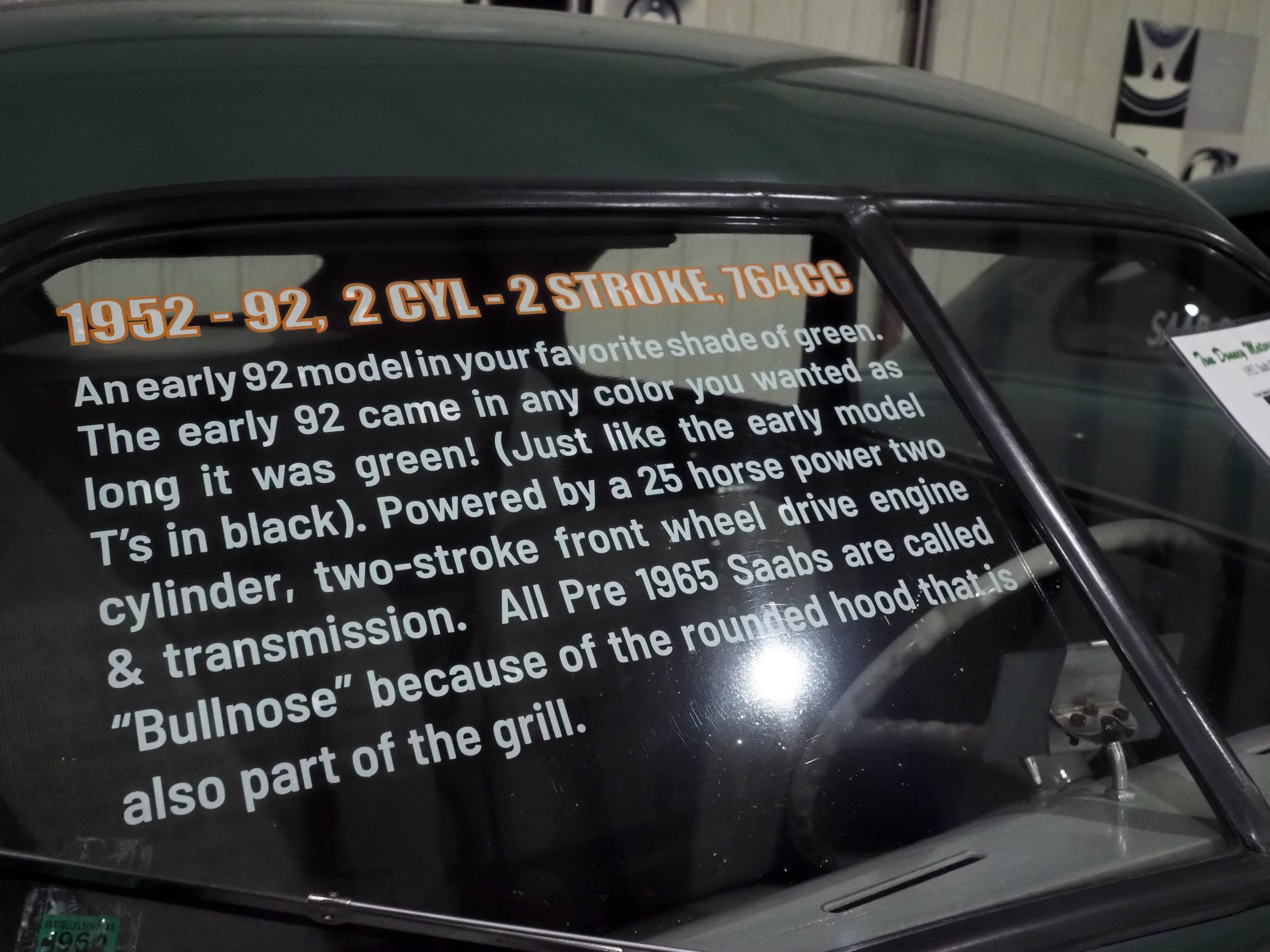 An early 92 model in your favorite shade of green. The early 92 came in any color you wanted as long it was green! (Just like the early model T’s in black). Powered by a 25 horse power two cylinder, two-stroke front wheel drive engine & transmission. All Pre 1965 Saabs are called ‘Bullnose’ because of the rounded hood that is also part of the grill.

WHEELBASE: 97 inches
WEIGHT: 1775 lbs.
ENGINE: 2 cylinder (transverse mounted); 2-stroke; 764cc; 25hp @3800 rpm
TRANSMISSION: 3 speed manual transaxle (front wheel drive)
Saab, an acronym for the Swedish aircraft maker Svenska Aeroplan AktieBolaget, developed a strategy to build production automobiles as the answer to converting their military aircraft capacity to peacetime production at the conclusion of WWII. Often described as an airplane without wings, the Model 92 (earlier model designations belonged to Saab aircraft) was created as a rugged, low cost car designed to conquer the rough and wintery Swedish roads of the time. Reflecting its aircraft heritage, the Model 92 utilized a monocoque one-piece body/frame structure, yielding light weigh and great strength (safety). Its front wheel drive not only delivered good traction on snow, but also a flat floor and roomy interior. Produced from 1949 to 1955, the Saab 92 exemplifies the innovation and design that are the icons of the Saab brand. 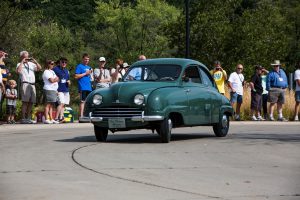 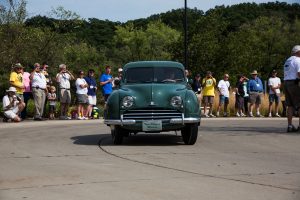 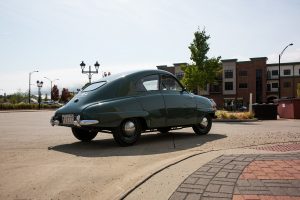 Warning: count(): Parameter must be an array or an object that implements Countable in /home/saabmuseumusa/public_html/wp-content/themes/vestige/single-collection.php on line 88

Our Large 40,000 sq ft. Facility Will Allow All Social Distancing Protocols to be Followed

Thank you and stay well.