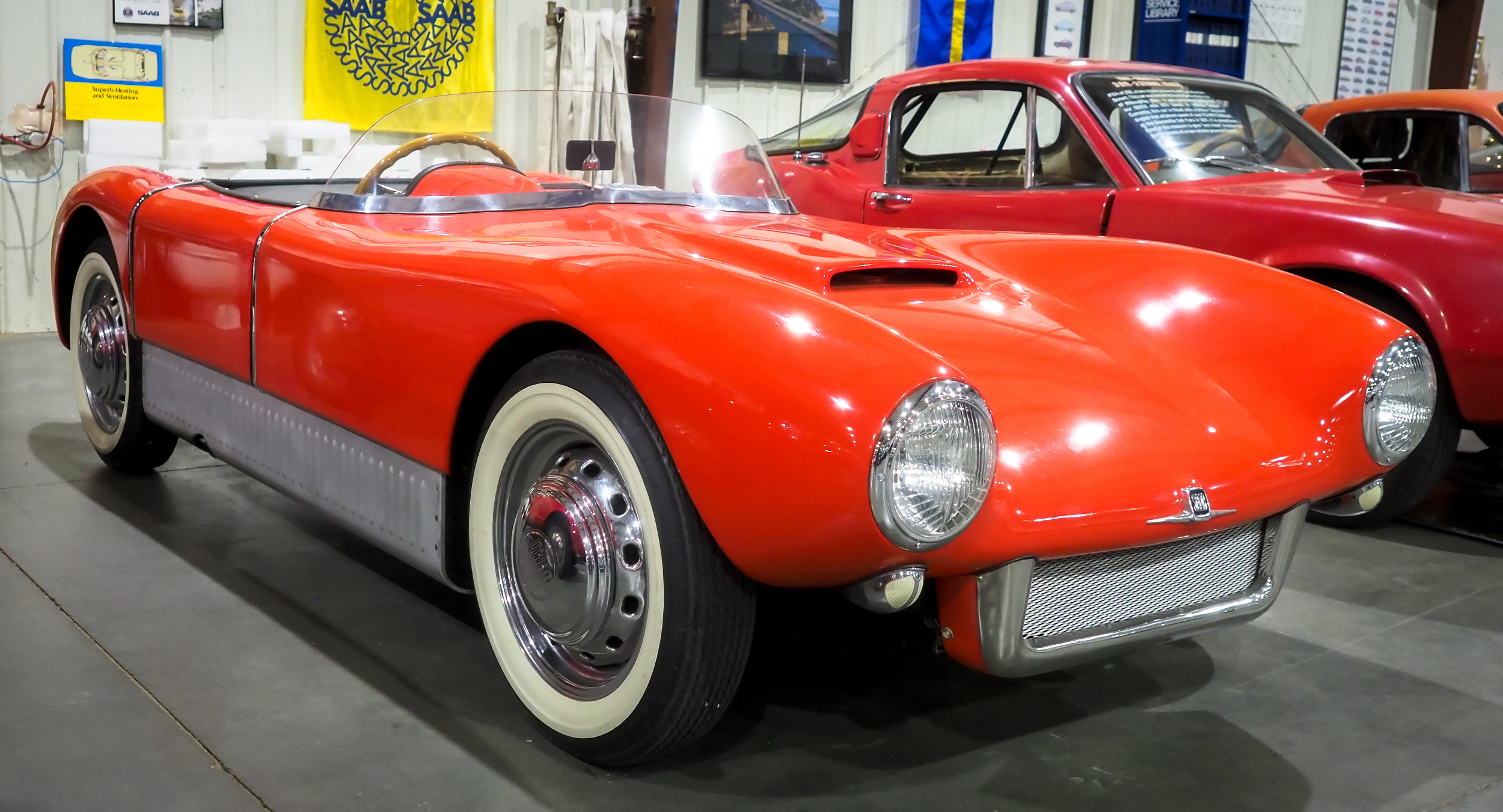 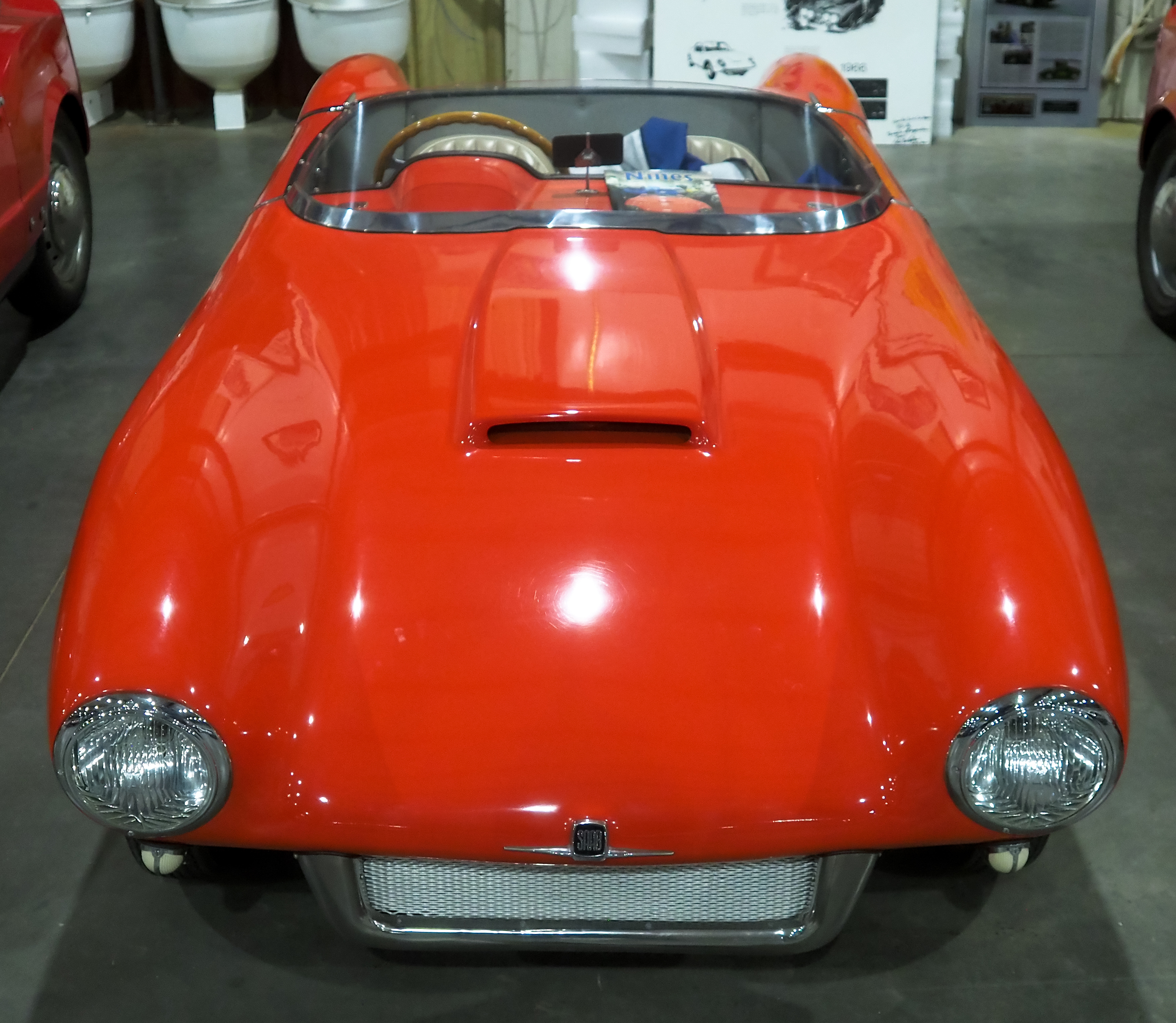 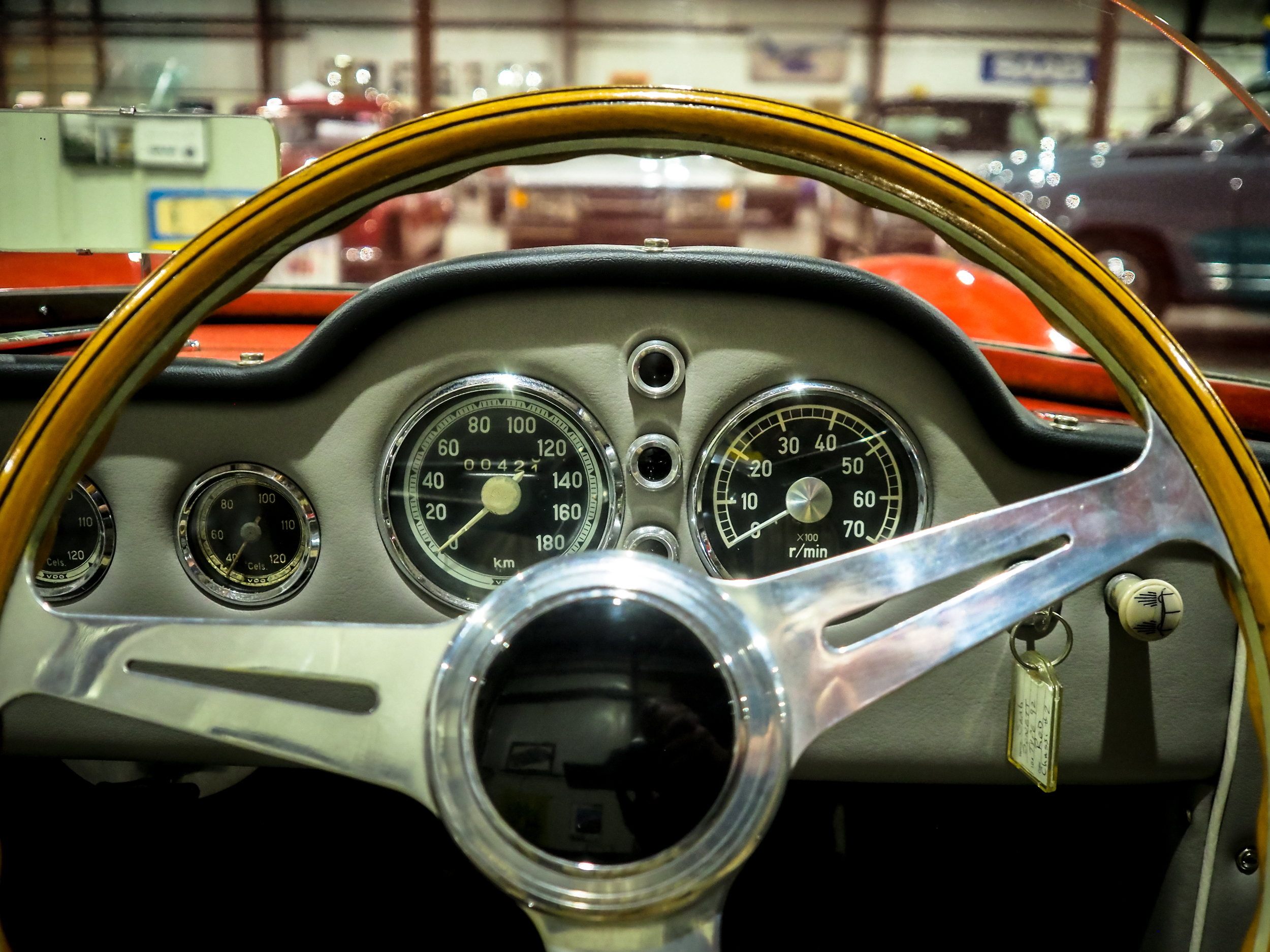 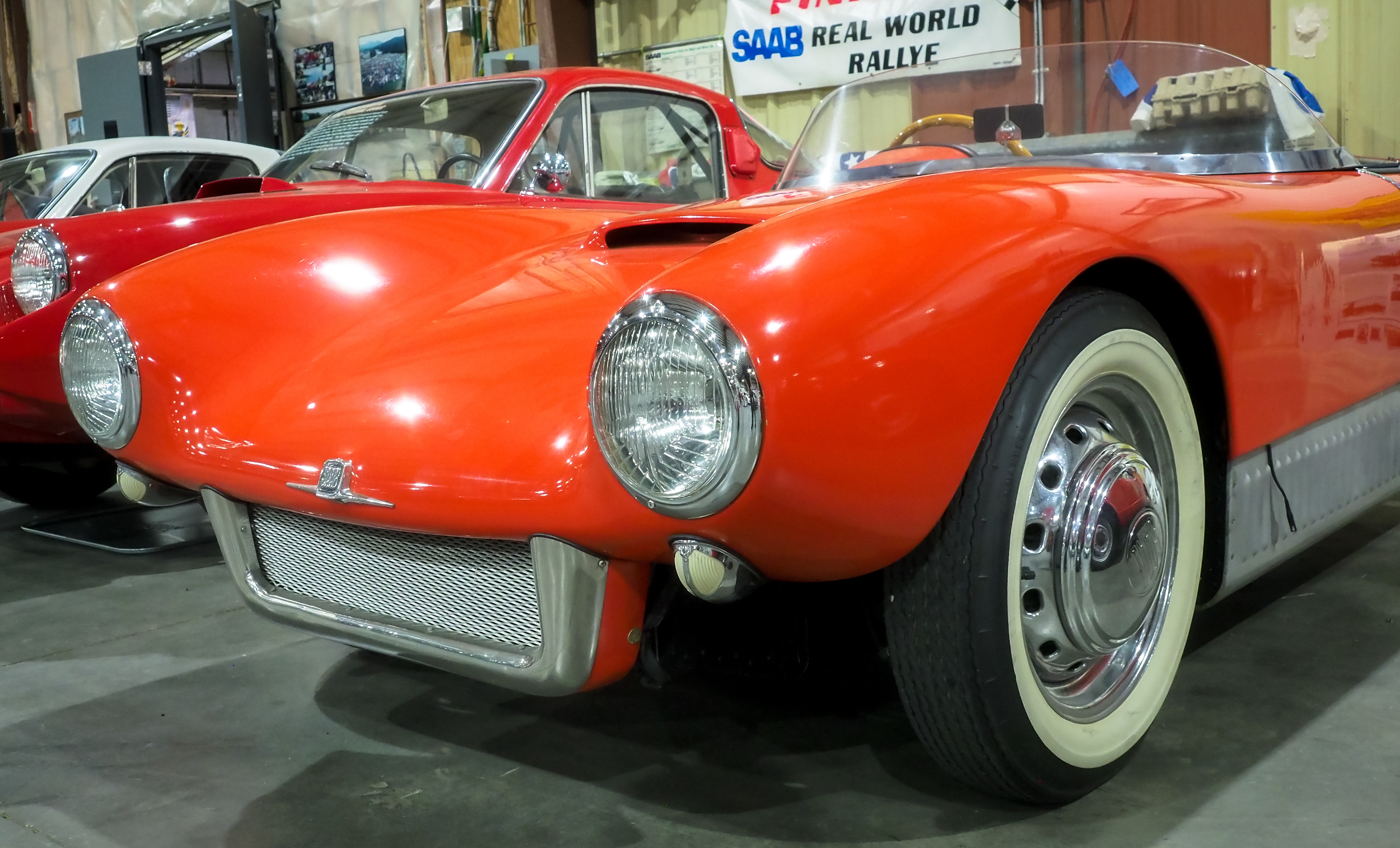 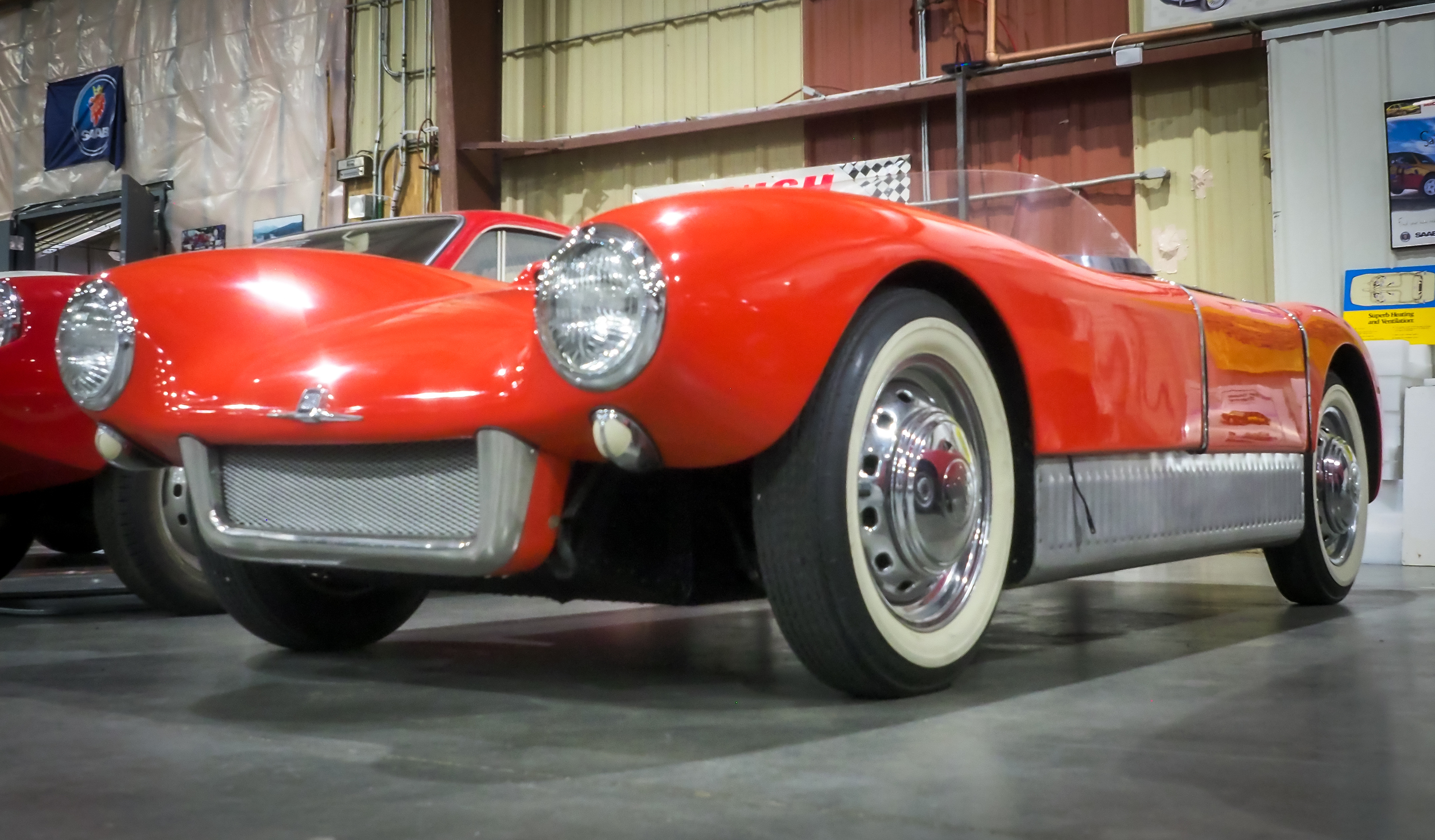 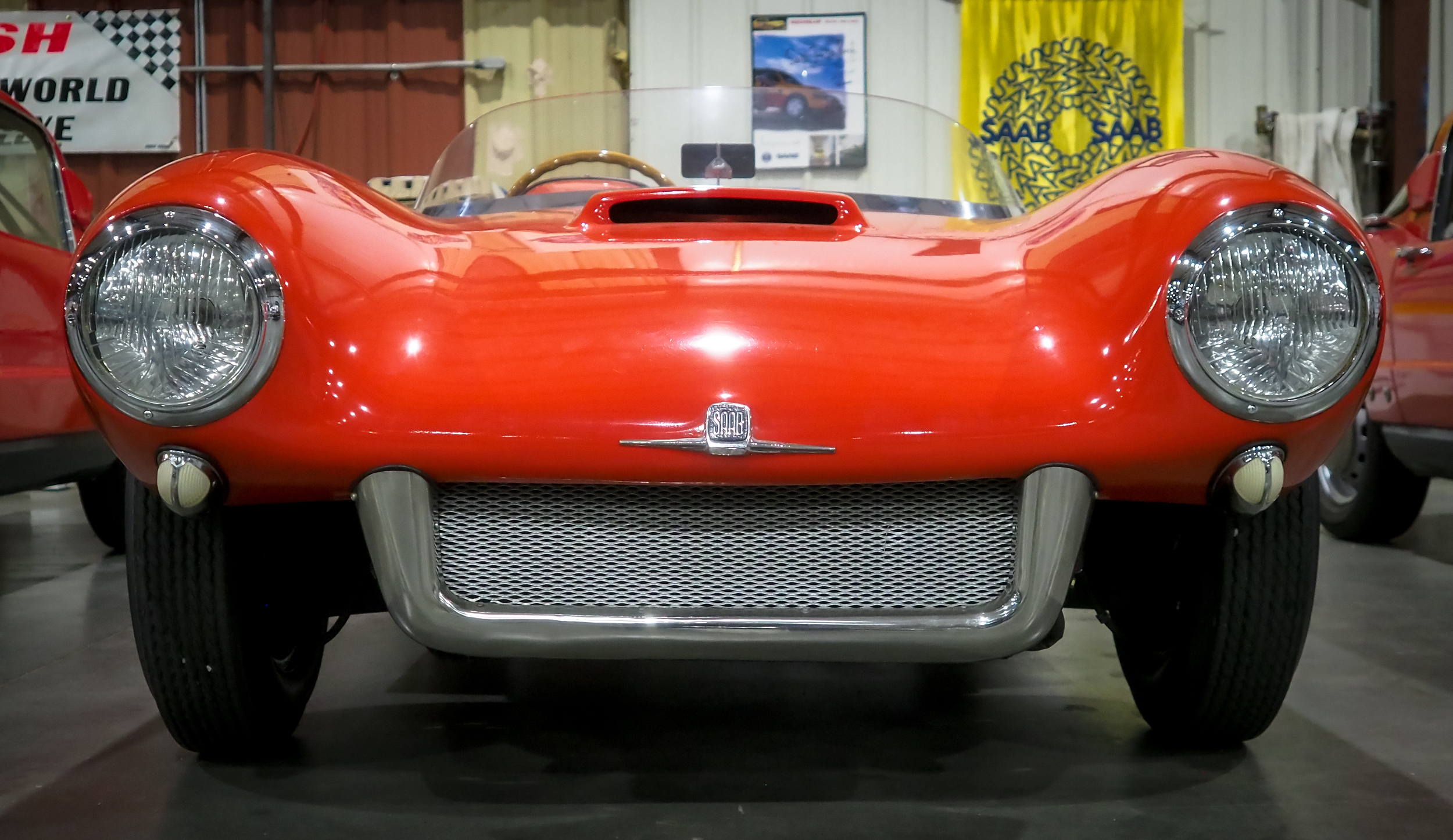 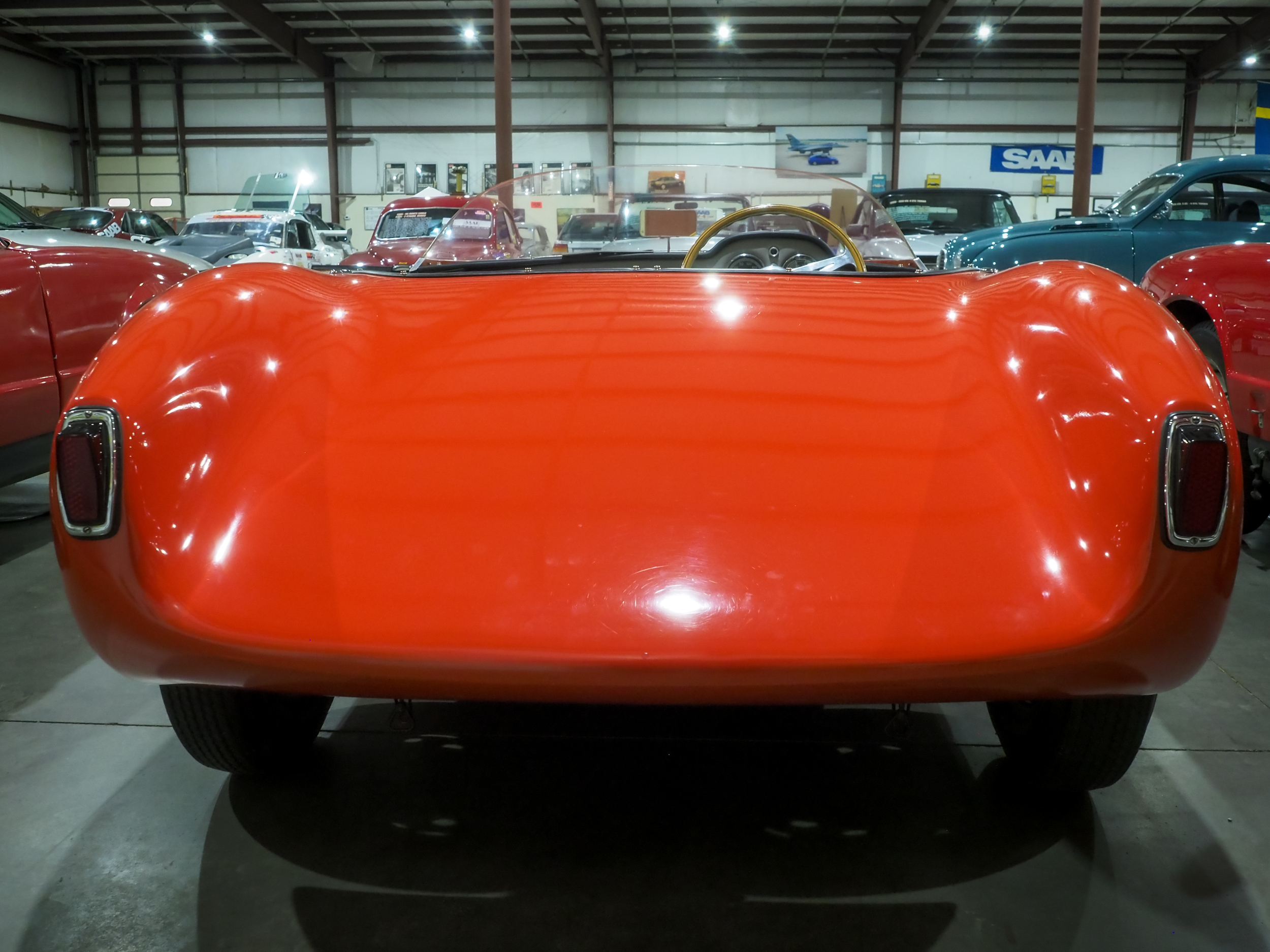 Sonett is a name derived from the Swedish slang expression Så nätt den är (“how neat it is”, or more literally “so neat they are”). The Saab Sonett prototype was actually built in a barn on a very low budget ($10K USD today). It was also called the Super Sport or Saab 94 and introduced on 16 March 1956 at Stockholm’s Bilsalong (motor show). Boasting a three-cylinder 748 cc two-stroke engine generating 57.5 horsepower and a 154 lb aluminum box-style chassis from Swedish designer Sixten Sason, the Sonett I was an advanced low-weight 1,323 lb racer based on aircraft design concepts. With a projected top speed of 120 mph, the Sonett I had the prospect of success on the European race circuit, and a production run of 2,000 units was planned for 1957. However, race competition rules changed, permitting modified production cars into race classes that Saab had envisioned for its purpose-built Sonett, and the economic and marketing viability of the project faded.

Only six Sonett I vehicles were made, between 1955 and early 1957. The original prototype, known as “#1” and built with a manually-crafted Glassfiber-Reinforced Polyester (GRP, or “fiberglass”) body, served as the reference model for the other five cars. An extremely rare vehicle, only two Sonetts exist in the United States.

Owning one of the rarest Saabs ever made is a dream come true.  But actually that is a bit of a lie.  I never really dreamed I would own one!  First the cost was beyond me for most of my life and the bigger issue was they NEVER come up for sale.  Never!  So why dream about something you could never achieve??  But life is full of surprises.  I like to say…“LUCK is when opportunity and preparedness meet!”  When the unthinkable happened at Saab Automobile (The Saab parent company Saab Aeroplane is still 100% in business) and all the cars in the Saab USA collection were sold off,in one auction,  I just happened to have some extra cash.  High bid takes ALL!.  Bill Jacobson (my partner for the auction) and I were the highest bidders.  Luck had smiled down on me.