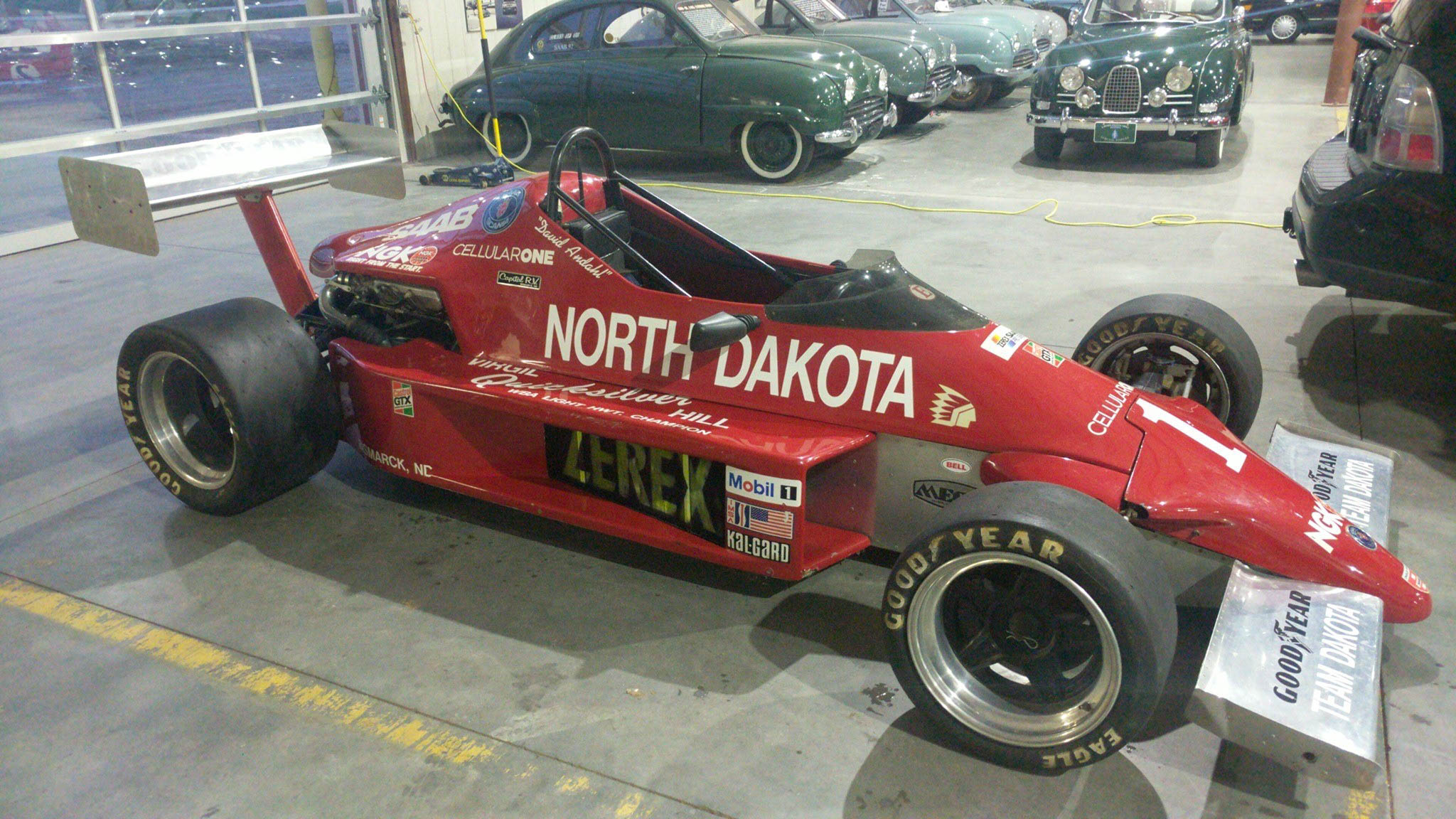 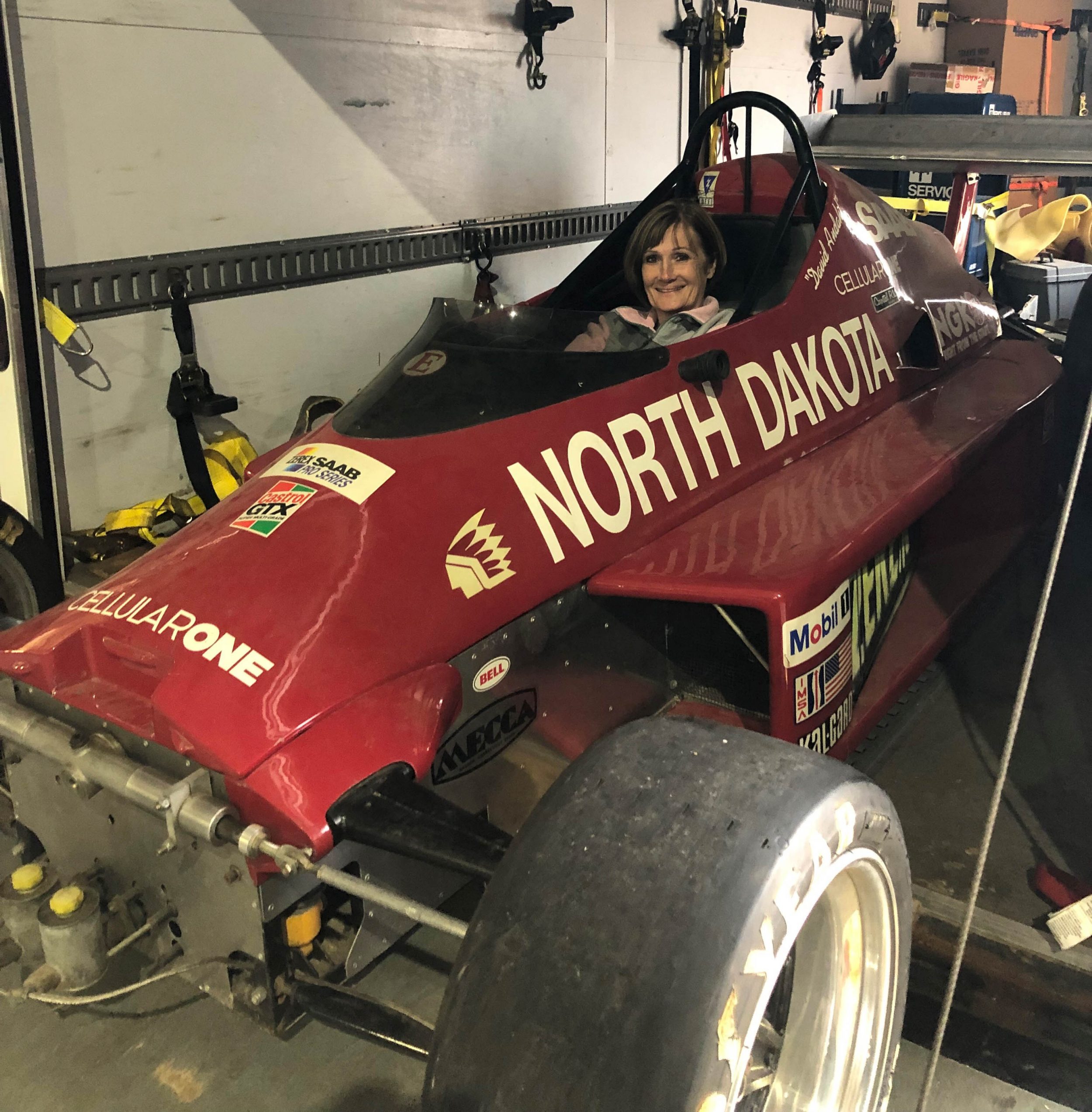 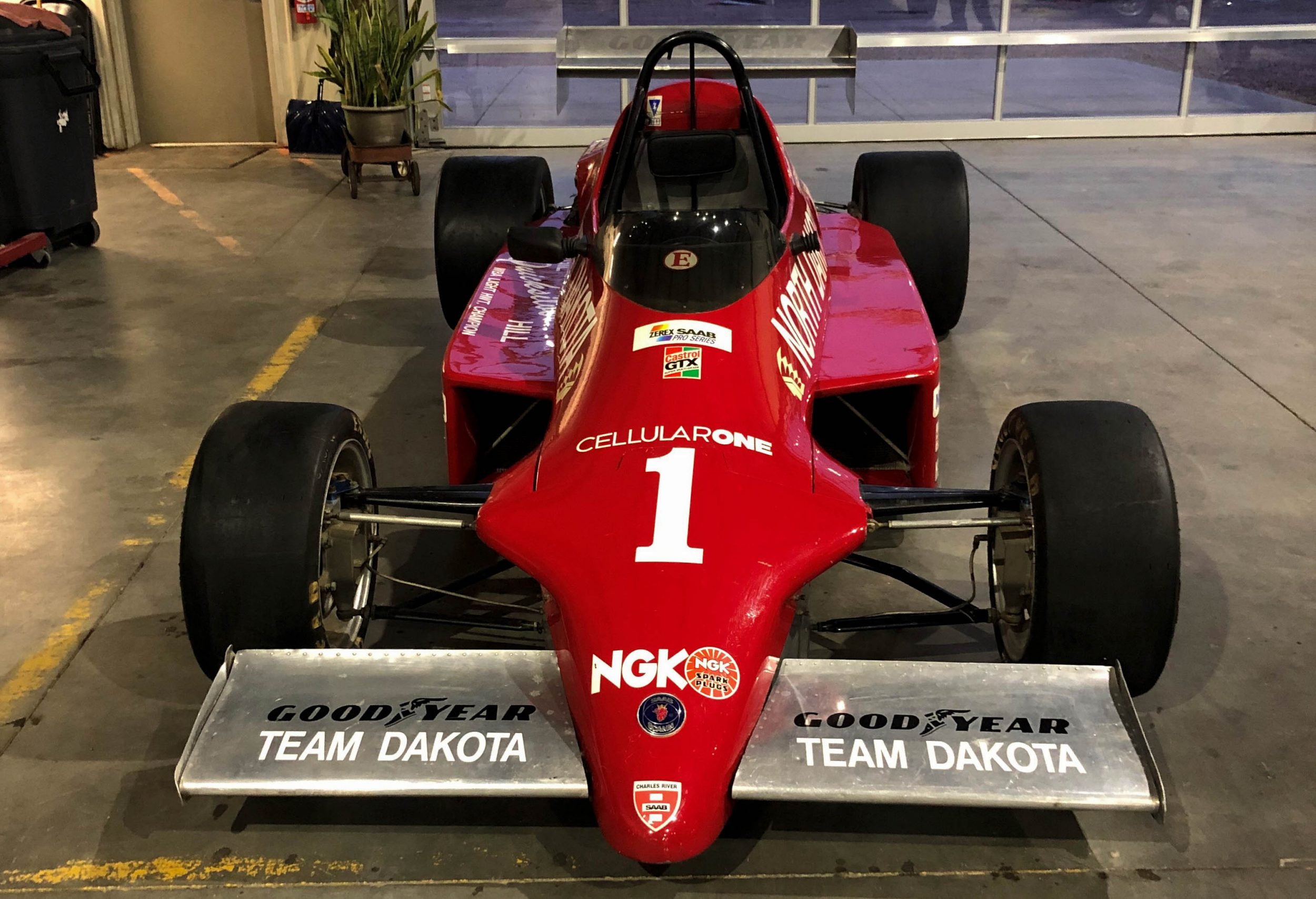 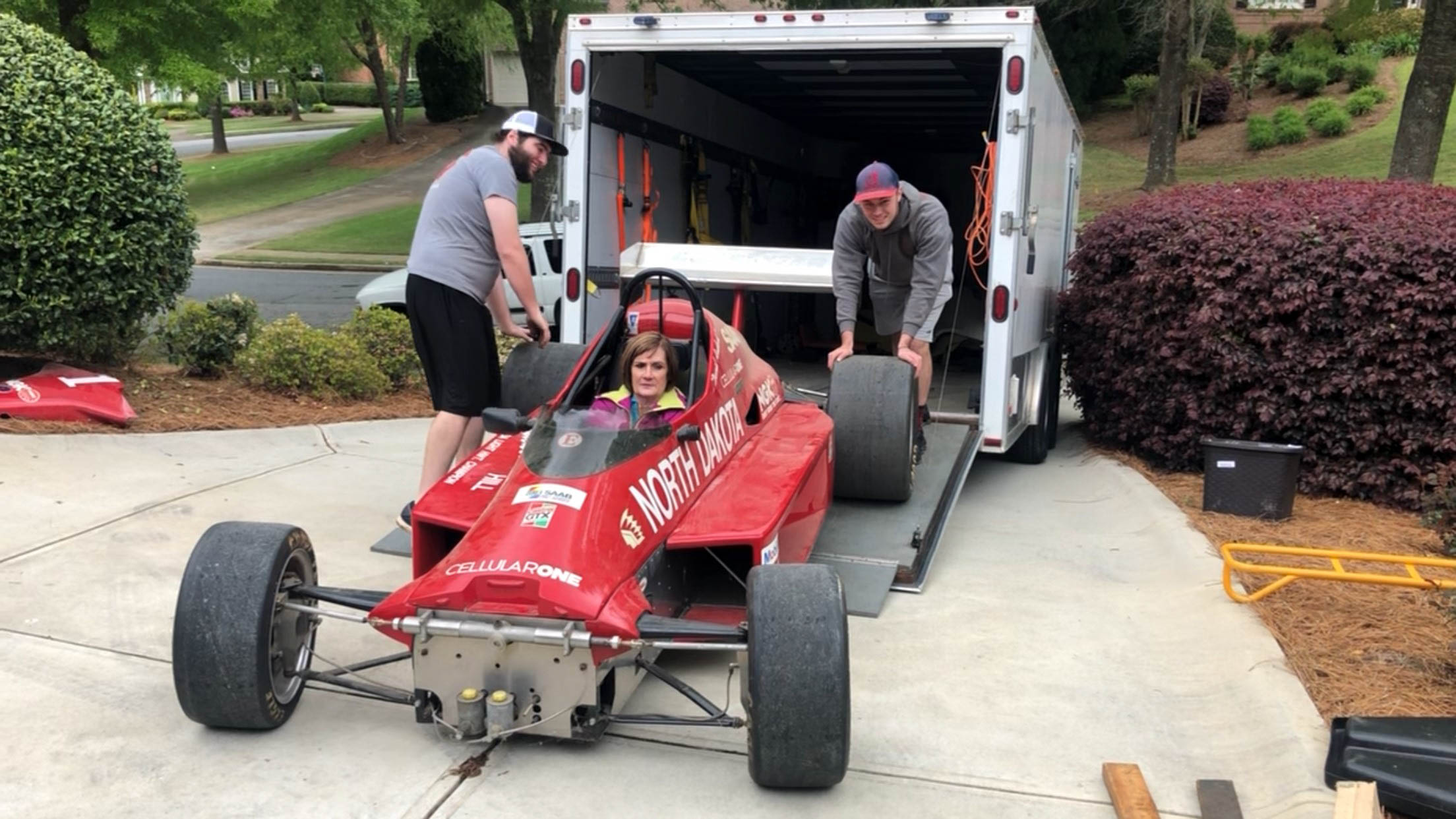 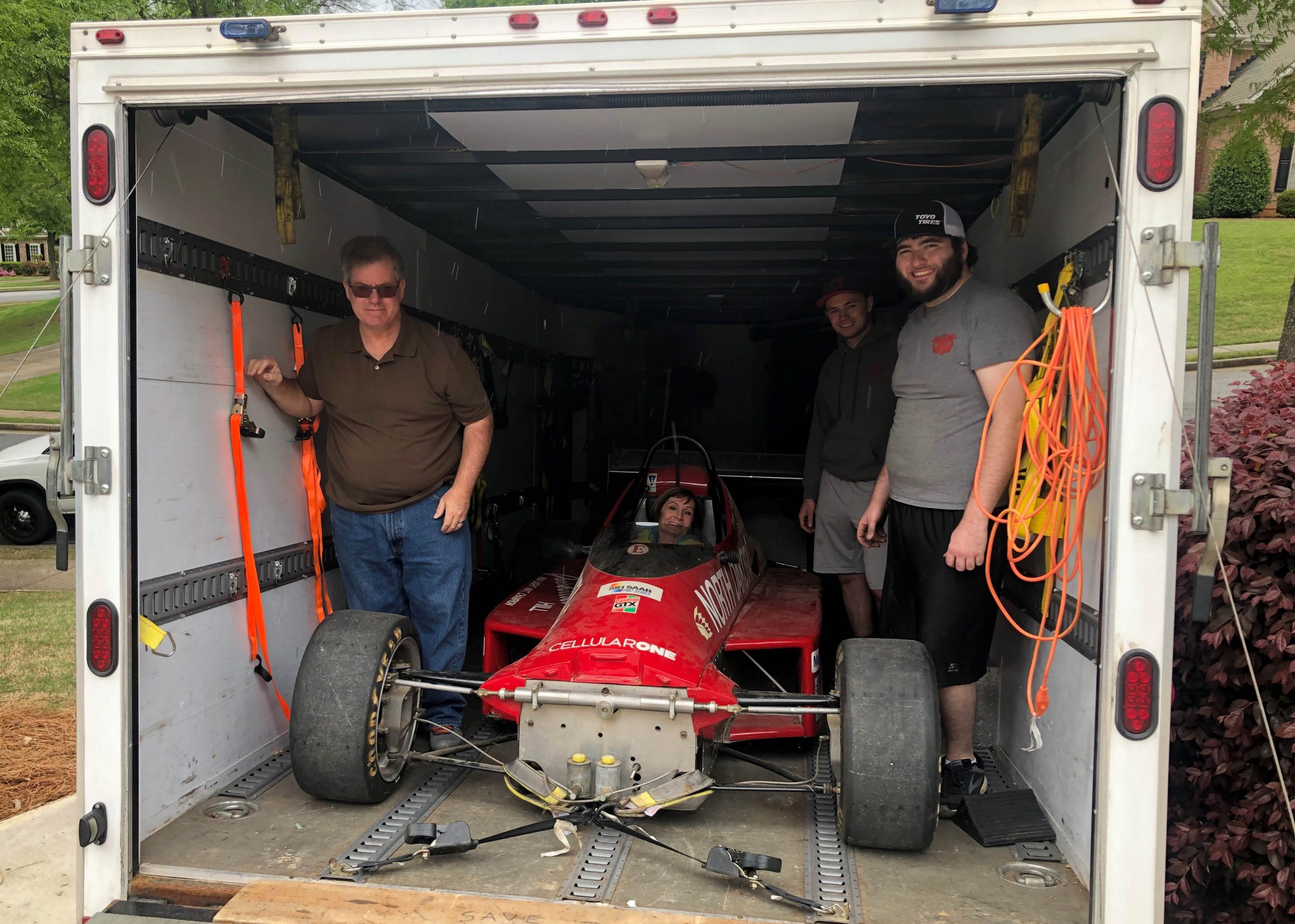 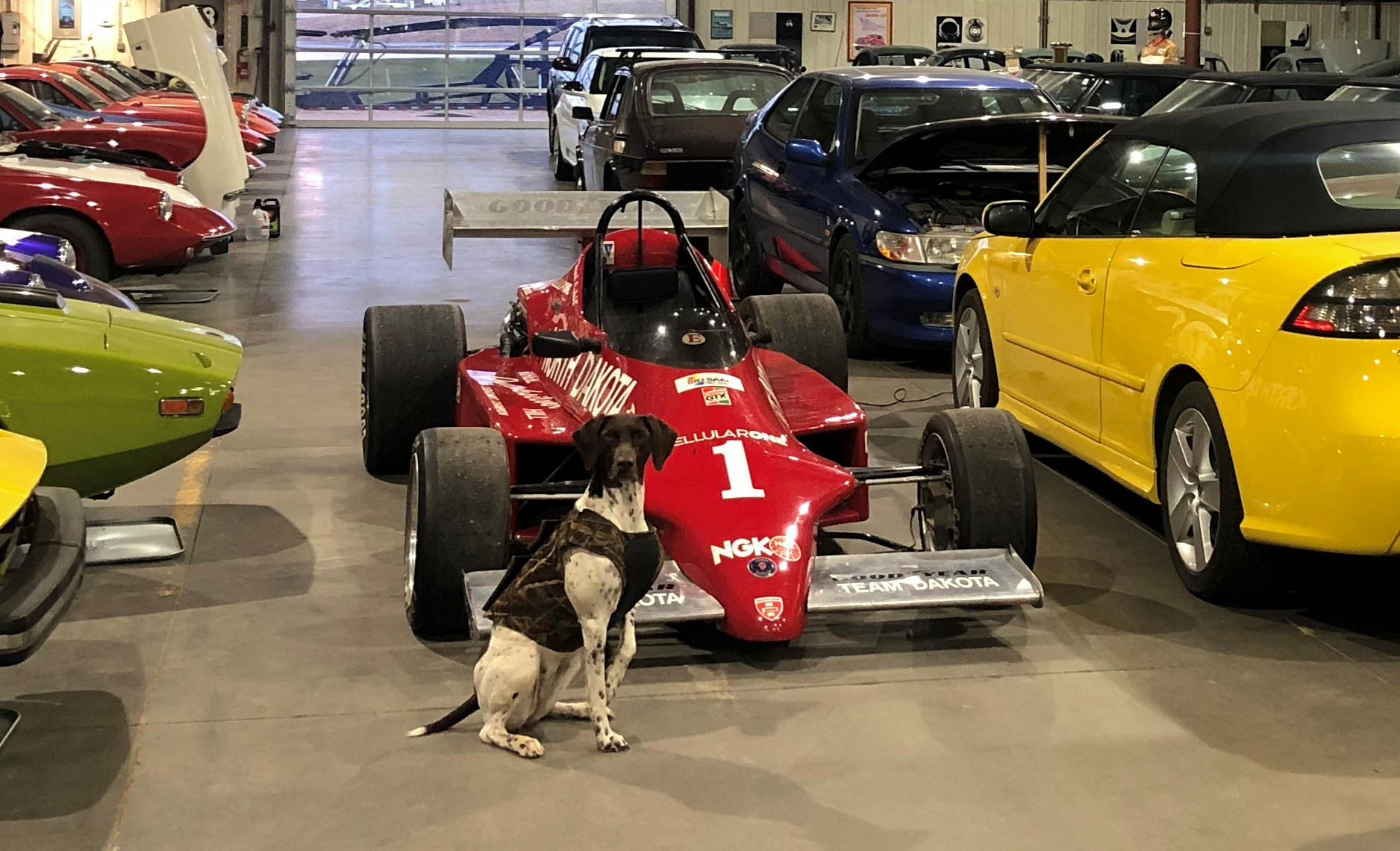 This Saab came to the Museum from Kevin Smith former Saab USA employee.  It was purchased with many spare parts including the main body casting!  It is currently not running and was used as a display car for Saab Cars USA.  It needs a few volunteers to come help get it “race ready” once again.  Any takers?  It is one of only 3 Barber Series Saabs know to be left.  This was last sponsored by a North Dakota company which is why it still bears the North Dakota names.  Drivers name was David Andahl.  It also has the name of a former WBA boxing Champion on it, Virgil Hill, a “two weight” world Champion.  Maybe Virgil will see this and come tell us more 🙂

The Barber Saab Pro Series was an entry-level openwheel auto racing series. The series race primarily on road and street courses in North America, although the schedule did sometimes include a few ovals. The Barber Saab Pro Series was a spec series, in which all cars were identically prepared by Skip Barber Racing. The spec car was a tube-frame Mondiale chassis (basically a Formula Ford 2000 design) powered by a Saab engine. For the seasons 1986 and 1987 the cars used street-legal racing tires, but for the 1988 season they used Goodyear Racing Eagle slicks instead. The idea was around already in 1979 as a way to get Saab involved in serious motorsports in the United States. Len Lonnegren, PR boss at Saab Cars USA, Inc., had heard that Skip Barber was planning to launch an open-wheel “spec car” race series, and that it was to run on the same IMSA programs as the GTPs and Camel Lights. Originally Skip Barber had planned on using small displacement naturally aspirated 1600 cc Dodge engines, but was talked into using turbocharged Saab engines instead. Saab provided engines and spare parts, as well as the assistance of an engineer nicknamed “Turbo Anders” who flew over from Sweden rather frequently once things got rolling.

Since all the cars used Saab engines reliability was more important than high performance. The engines were basically stock 1985 cc 16 valve twincam turbo engines with an output of 225 hp. They differed from street versions in that the boost is increased, emission control systems are removed, fuel-injection settings revised and a racing exhaust fitted, together with dry-sump lubrication. By 1991 the marketing strategy at Saab changed and Saab US did little more than provide the engines.

This was one of the cars that ran in the Skip Barber pro series from the mid-80s to the mid 90s. It was last driven by David Andahl of North Dakota. For 10 years the series ran the durable Saab 2.0 L turbocharged engines. They loved the Saab engine because they only had to rebuilt about every third season! After two years of negotiating, the car was purchased in the spring of 2019 from Kevin Smith of Atlanta GA. Kevin was a long time employee of Saab USA – Atlanta.

From Wikipedia
“The Barber Pro Series was a spec series, in which all cars were identically prepared by Skip Barber Racing. From its beginning in 1986 to 1994, the series was known as the Barber Saab Pro Series; the spec car was a tube-frame Mondiale chassis (basically a Formula Ford 2000 design) powered by a turbocharged 16-valve Saab 16v engine. For the seasons 1986 and 1987, the cars used street-legal racing tires, but for the 1988 season they used Goodyear Racing Eagle slicks instead.”

The front air foils were adjustable from 0 degrees (flat) to 10 degrees.
The rear wing adjusted from zero to 40 degrees.

The wings adjust the “stickiness” of your car to the track